To gather facts and to determine early on whether insurance coverage is available is the first priority for every personal injury attorney presented with a new potential case. On the issue of coverage, if the answer is “none”, or “minimal”, almost all lawyers will abruptly end the conversation and turndown the case.

Had Ira Leesfield and Thomas Scolaro followed the wrong-way herd, one of our pedestrian clients would have collected zero dollar. Experience, dedication and legal tenacity allowed for a $1.4 million recovery instead (more on that case below). Bottom line is, if insurance coverage is seemingly lacking, all personal injury attorneys must ban the practice of summarily turning down a potential case without conducting a proper investigation of the facts and of all defendants’ assets.

I.  Leverage Through Patience 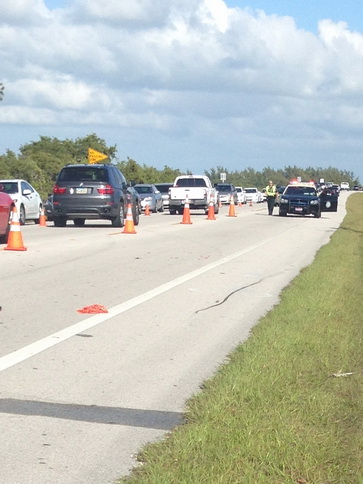 In one case, our client was killed while riding his bicycle on US-1 in the Florida Keys when he was struck from behind by an under-insured driver, who veered into the bicycle lane. Liability was never an issue in this case. Eyewitnesses confirmed what happened and a photograph taken at the scene clearly showed that our client was in his bicycle lane at the time of impact.

At issue was the limited and inadequate insurance policy on the driver. When Leesfield Scolaro was retained by the family, the carrier quickly tendered its insured’s BI limits of $300,000. Rather than settling in haste, Thomas Scolaro investigated the defendant’s assets. The investigation uncovered several properties owned by the defendant and his spouse whose value would multiply the Estate’s recovery if ever obtained.

In order to increase our client’s recovery, leverage had to ripen. The BI carrier’s phone calls were ignored and the settlement draft was filed away, uncashed. While our investigation into the defendant’s properties continued, our client was kept appraised of our legal strategy and findings. Ultimately we confirmed that the defendant failed to protect its real estate assets and he was in fact collectible. Soon thereafter, the unimpeachable evidence was shared with defendant’s counsel. Thomas Scolaro carefully demonstrated the legal path we would follow to collect all assets if the case did not resolve before trial. An agreement was entered into soon thereafter. Twenty months later, the last of the defendant’s properties included in the settlement sold. The case was settled for $1.3 million, more than four times the insurance policy.

II.  Leverage Through Litigation
Similarly, Managing Partner Ira Leesfield settled another case for almost six (6) times the amount available under the insurance policy. A young child was snorkeling with his dad and brother when he was killed by a boat operated by a young teenager. The carrier tendered the $300,000 limits immediately, but the settlement draft was never cashed.

The investigation into the defendants’ financial situation showed several recoverable assets. Creating leverage required a well-crafted lawsuit to navigate around (1) well-established Florida law that a parent is not liable for the torts of his children merely by virtue of paternity, Glissen v. Goodwill, 80 So. 2d 703 (Fla. 1955), (2) applicable general maritime law, and (3) Florida’s wrongful death statute.

Within a year of filing the lawsuit, the responsibility of the defendant’s parents was established and a mortgage-secured promissory note was entered into by all parties. The case settled for $1.7 million, almost six times the amount of insurance available. 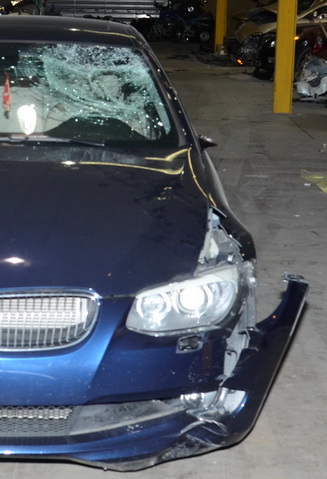 Recently we represented a young man who was left for dead by an inebriated driver who had just finished her shift as a dancer at a nearby club. She plowed her car into our client who was walking on the sidewalk. The impact of our client with the left side of the vehicle left both unrecognizable. His right leg was mangled. His thoracic spine was fractured at multiple levels. His orbital floor, his lateral orbital wall, his left maxillary sinus, his right maxillary sinus were all fractured. His right tibia and fibula sustained severe open, comminuted and displaced fractures. His brain was bleeding profusely causing our client to be in a coma for several days.

The dancer’s vehicle did not have insurance and the club did not officially employ her. What ensued was a long investigation into the drinking practice implemented at and encouraged by the owners of the club. Once all relevant fact witnesses were interviewed and all affidavits were signed under oath, leverage was achieved and a dram shop complaint against the club was filed. Thereon, a 7-figure settlement was secured.

Do not settle until and unless the defendant completes a financial affidavit. In motor vehicle cases with inadequate insurance, you must obtain a financial affidavit from all defendants prior to settling for the carrier’s disclosed policy limits. Short of filing suit and discovery, you should also consider obtaining an insurance affidavit.

Financial Affidavit can be downloaded here

Creating a point of leverage in uninsured/under-insured cases is paramount and the only way to increase your client’s recovery beyond the limits of insurance. Of course, it does not work in every case, but it will never work if you always turn down low-insurance cases at intake.