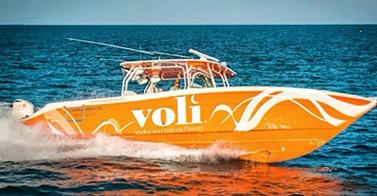 The investigators have yet to establish what may have happened or caused Ernesto Hernandez to become fatally injured while he was in the process of assisting the boat. Questions of potential alcohol intoxication have been raised, but reports have mentioned that DJ Laz, whose real name is Lazaro Mendez, did not display any signs of being intoxicated. Nonetheless, something went horribly wrong in the early evening hours off Nixon beach.

With main offices in Miami, Key West, and Miami Beach, Leesfield Scolaro has been involved in a large amount of boating incidents. In a similarly tragic case, Ira Leesfield and Thomas Scolaro represented a family whose young child was fatally wounded by the propellers of a boat in the Florida Keys. Boating in the State of Florida has multiple safety requirements that many boat operators ignore either due to a lack of knowledge, or because they choose to ignore them.

To read more about the incident mentioned above as well as other cases resolved by Leesfield Scolaro, feel free to click here.