Florida law provides that every car insurance company must provide $10,000 in PIP benefits to its insured – Florida Statute 627.736(1). For the past few years, the Florida legislator has made multiple attempts to reform the use of Personal Injury Protection benefits, and prevent further abuse, n order to continue the crackdown on PIP claims fraud which are at an all-time high.

How do PIP benefits work?

When a person is involved in a car accident, and sustains an injury that requires any kind of medical treatment, that person’s car insurance will reimburse (at an established rate) the medical bills incurred to treat them. Through PIP, car insurance companies are required to pay for medical treatment (as well as lost wages if applicable), up to $10,000. Once the PIP benefits are exhausted, the insured becomes responsible to pay for their own medical bills, either through their own private health insurance or out of pocket if they are uninsured. 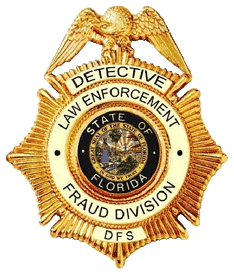 Last April, the Office of Florida’s Chief Financial Officer released staggering numbers indicative of a systemic-induced fraud. In the fiscal year 2010/2011, the Division of Insurance Fraud investigated 13,452 cases of insurance fraud, which ultimately resulted in 997 arrests and 804 convictions. In only one year, Florida Courts have ordered restitution amounting to more than $156 million to defrauded insurance companies.

The Florida Division of Insurance Fraud regularly issues a newsletter “The PIP Source” which summarizes the latest scams and arrests in PIP fraud cases. The latest edition can be downloaded here.

Why should you care about PIP fraud claims?

Between November 2009 and July 2011, insurance rates charged by State Farm have increased four times, between 4.3% and 9% each time. In 2011, Geico increased its insurance rate twice by 4.5% and 5% respectively. Since 2010, Progressive raised its rates by approximately 10%, while Allstate raised their rates by 13% in 2010 and 20% in 2011. These rate increases would be understandable if the number of accidents in Florida had increased at a similar rate, but that is not the case. So what is driving the endless hike of auto insurance rates in Florida?

“I can tell you in one word,” said State Farm spokesman Chris Neal in an article published in the Tampa Bay Times. “It’s PIP. PIP losses continue to accelerate with no end in sight. It’s almost the sole reason behind those increases.” Neal cited increased reports of accidents being staged and insureds claiming minor injuries after going to medical clinics for treatment. These medical clinics end up treating people for injuries that do not exist or that do not require medical attention in the first place, and then send their inflated (and fraudful) bills to the insurance company. Once those clinics exhaust the $10,000 PIP benefits, they stop treating these insureds and they move on to the next “victim.”

As a result, Florida has the fourth-highest no-fault claim cost in the country, which will cost citizens of Florida nearly $1 billion this year
In our next post, we will report on the Florida Attorney General’s, Pam Bondi, actions to protect consumers from Lawyer Referral Services who misrepresent their services to Florida consumers. We will also delve into the latest recommendations made to the Florida Bar Board of Governors to prevent lawyers from associating with these clinics.