Valisure, the online pharmacy that batch-tests chemical composition of medications and consumer products, has just sounded the alarm on several sunscreens and after-sun products that contain dangerous levels of benzene. Whether in Europe (since 1967) or in the USA (since 1978), benzene was withdrawn from consumer products due to the very high toxicity of the chemical.

What is benzene?
According to the Centers for Disease Control and Prevention (CDC), benzene is an odorless and colorless chemical. It evaporates into the air very quickly and it float on top of water, only slightly dissolving. 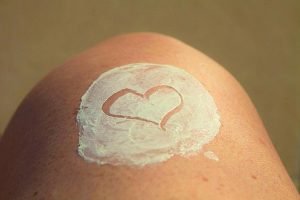 Typically, benzene is released into the air from emissions from automobiles and burning coal and oil. It is also used in the manufacture of a wide range of industrial products, including chemicals, dyes, detergents, and some plastics with a permissible exposure limit of 1 ppm (parts per million).

This highly toxic chemical causes human cells not to work correctly. It can lead to anemia, and it can damage a person’s immune system by reducing the production of red blood cells or by causing the loss of white blood cells. Like every exposure to a dangerous chemical, the level of poisoning will vary depending on the amount, the length of time of exposure, and how the exposure occurred. Other factors include the age and any pre-existing medical condition of each person.

What are some of the long-term effects of benzene exposure?
The primary, most concerning effect to a person following a long-term exposure to benzene is on their blood. Benzene will affect a person’s bone marrow, can lead to anemia, can cause excessive bleeding and can impact the immune system. Many studies have shown that long-term exposure to this chemical can cause leukemia.

What does Valisure’s study mean for consumers?
Stay informed! So far, the study points to a small number of manufacturers:
• Neutrogena
• Sun Bum
• CVS Health
• Fruit of the Earth

The study published by Valisure can be found here.

The FDA will conduct its own investigation, and the manufacturers are likely to do the same. Within the next few weeks and months consumers will know how widespread benzene is found in sunscreens and a change of behavior may have to take place.

Much like for tobacoo, Zantac, talcum power, Roundup or Valsartan, if these findings are confirmed, this will open the door to mass tort litigation for those who become diagnosed with cancer, provided that causation can be established. Leesfield Scolaro will continue to monitor the studies to come and whether a recall or temporary halt of the manufacturing of these products is announced.