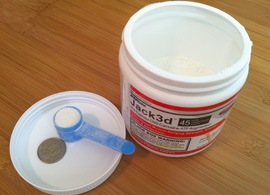 Because of the recent deaths and the negative opinions of experts in the field relayed by the media, the Food and Drug Administration has also raised its scrutiny and awareness of the dietary supplement industry.

Several experts have voiced major concerns about the non-regulated sale of DMAA-based products like Jack3d. Edward Wyszumiala is the general manager of the NSF International, a nonprofit organization that the National Foortball League hires to test supplements such as DMAA-based products. Mr. Wyszumiala shed some light on the history and the ensuing business strategies by the manufacturers of these products in a recent article in the New York Times.

Initially, DMAA was developed as a nasal decongestant formula back in the 1940s. Decades later, several studies warned that DMAA was more potent than ephedrine, which is a known stimulant. Other voices that have joined the debate include Travis Tygart, the chief executive of the US Anti-Doping Agency, who said that the issues raised by DMAA clearly reminded him of the case of Ephedra. In 2004, the FDA banned Ephedra as a dietary supplement after the death of high profile Major League Orioles pitcher, Steven Bechler, and the deaths of other world athletes.

The present ban of on-base sales of DMAA-based products will remain until the Department of Defense completes its review.