On October 15, 2018, the Florida Supreme Court issued its Opinion in DeLisle v. Crane Co., and held that the Florida Legislature exceeded its authority when it adopted Daubert by codifying it into Florida Law under chapter 2013-107, Section 1:

“With our decision today, we reaffirm that Frye, not Daubert, is the appropriate test in Florida courts.”

In reaching this decision, the High Court reiterated the long-established arrangement between the branches of Government to avoid constitutional questions of separation of powers.

At the center of DeLisle v. Crane was the enactment of Daubert by the Legislature, which was the codification of procedural law (Chapter 2013 – 107, Se 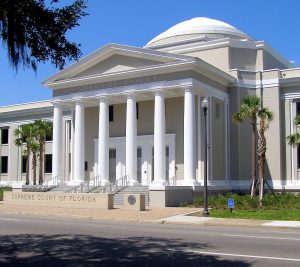 ction 1, Laws of Florida, which revised section 90.702, Florida Statutes (2015)). In its decision, the Supreme Court determined that the new law took away the Court’s ability to rule on the form, manner, or means by which substantive law is implemented. In other words, the Court felt the Legislature enacted a law that pre-determined substance and procedure, hence was out of bounds:

Then, the Court focused on whether Frye or Daubert was the proper standard for Courts and litigants to apply when determining the reliability of expert testimony.

The Supreme Court reaffirmed its decades-long standard for determining the admissibility of expert testimony in Florida, and remanded to the Fourth District with instructions to remand to the trial court and reinstate the final judgment in favor of DeLisle, awarding $8 million in past and future non-economic compensatory damages.

Since the passage of the new law in 2013, the Frye v. Daubert debate was a highly contested issue, resulting in frustration dipped in unfairness covered with incomprehension. That is why the importance of DeLisle v. Crane cannot be understated.